Today we're going to compare the Eken H9R and Eken H9S action cameras against the GoPro Hero 5 and GoPro Hero 6 in regards to features, specs, and reviews. For an in-depth look at the GoPros see our GoPro Buyer Guide.

What's the difference between the Eken H9R and Eken H9S models?

To put it simply.. we have no idea! The features, specs, and even the images used on both models appear to be the exact same for each model. We've reached out to Eken for clarification and will update this article when we receive their reply.

Update: I've been informed that the difference between the Eken H9R and H9S is that the H9S is capable of live streaming and comes with a Panasonic sensor.

Eken H9R & H9S Action Camera Reviews: What do travelers think of these cameras?

People who have purchased either camera love how many accessories come bundled with the cameras including a tripod, handlebar mount, wireless remote, and selection of mounts and clips. With any best selling action camera, there were a handful of negative reviews indicating that the product didn't work as expected and overheated, which seem more like individual camera defects which is luck of the draw with electronics versus complaints about the camera's video/photo quality – of which reviews were positive.

About Eken the brand

Eken is an imaging technologies and services company based in ShenZhen, China, founded in 2006. They started in the mp3 player market and later expanded into cameras. They say on their website that they aspire to become a global brand by creating products that are high quality and affordable. 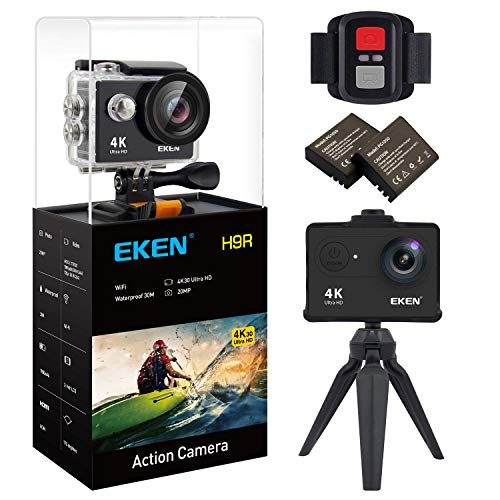