The Smallest Church in America

Join me at Christ's Chapel in Townsend, Georgia, also known as: The Smallest Church in America. At only 10 x 15 feet, with three rows of pews, and a compact pulpit built for a single minister, this tiny church might only seat twelve attendees, but it was built to hold a whole lot of prayers. You can also watch this video on Facebook and YouTube.

Thousands of travelers pull over while driving down I-95 and US Highway 17 to visit Christ's Chapel each year, which is open to the public 7 days a week. 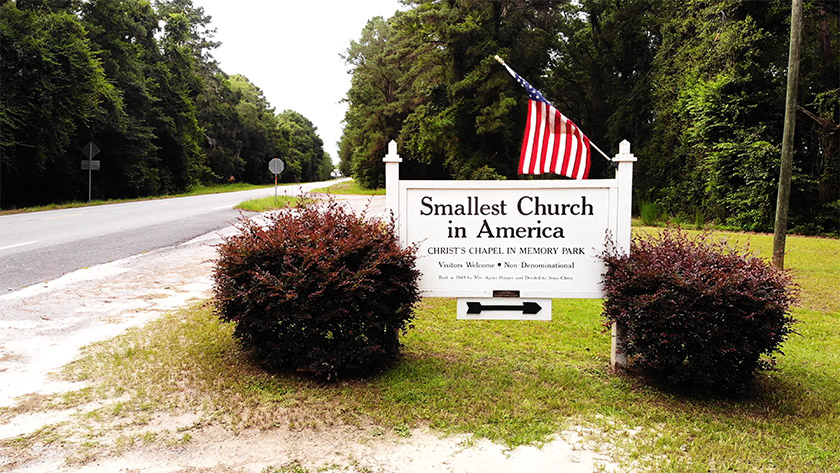 The church represented a dream come true for a local grocer named Mrs. Agnes Harper who built the chapel in 1949 so that it could serve as a place of rest and meditation for weary travelers. 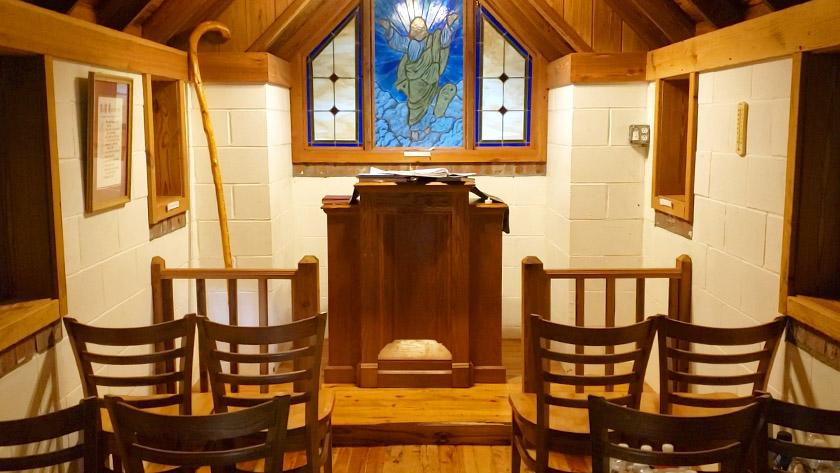 Although Mrs. Agnes has since passed on, local ministers still hold non-denominational services on the 3rd Sunday of each month. This tiny church is one of the most unique and smallest landmarks along the Georgia Coast Scenic Byway, but it's had its fair share of big struggles.

The church almost went bankrupt in 1983, but the The McIntosh County Chamber of Commerce stepped in, adopted it, and committed to offering financial help when needed.

Then on Nov 28, 2015, the church was set on fire by an arsonist, destroying the inside and much of the exterior. 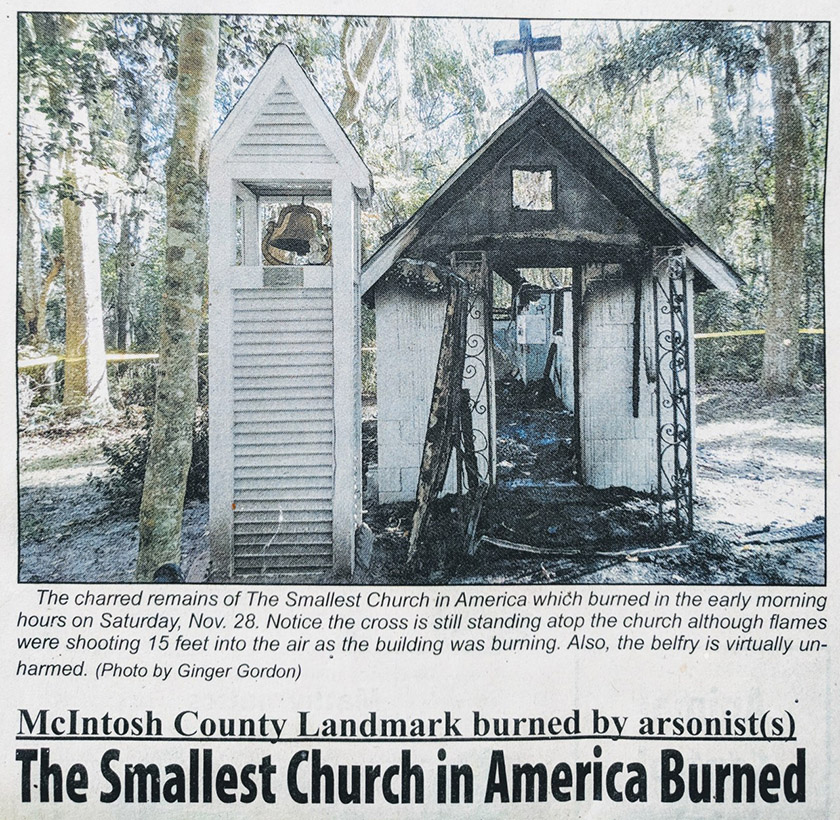 The devil may have sent destruction into the heart of Christ's Chapel, but the Good Lord wasn't through with this tiny church.

Donations poured in from around the world and volunteers came together to rebuild the beloved landmark. The 150-square-foot church was reconstructed and opened again to the public in April 2017. Although it's called The Smallest Church in America, it's actually got some competition for the official title. Turns out there are tiny churches all over the USA, some that make a smaller geographic footprint.

Like the Morning Star Chapel in Elk Horn, Iowa which was built in 1951 and measures only 6 by 8 feet.

Or The Monte Casino in Crestview Hills, Kentucky which measures 6 by 9 feet and was named in 1922 by Ripley's Believe It or Not as “Smallest Church in the World.”

So maybe it's not technically the smallest church in America, but that's alright.

The church is a sanctuary for the tired and weary. A place where no-one is turned away regardless of race, religion, or creed. A place where all are welcome to stop in, come together to rest, and prepare for the long road ahead… which just might be what America needs right now. How To Get To The Smallest Church in America

Love this video and want to share it to your favorite travel boards? Use our special Pinterest friendly graphics below.