The Big Rock Near Medellín Colombia

Join me, Alice Ko, and Dana Lu as we climb “The Big Rock Near Medellín” – more accurately known as El Peñol, AKA: The Rock of Guatapé, AKA: Stone of El Peñol, AKA: La Piedra, AKA: El Peñón, AKA: Ferrari. FYI – You can also watch this video on Facebook and YouTube.

This famous landmark rock has an interesting history and also one of the most spectacular views in Colombia. The town of Guatapé – a few kilometers away – is a beautiful and colorful place to spend the day. It's a touristy spot, but I like to do a few touristy things in each city I visit. This was the last day trip I took from Medellín before leaving Colombia.

This giant granitic rock is a naturally formed landform that is the remnant of years and years of weathering and erosion. It's located in the town of Guatapé, Antioquia, however, the neighboring town of El Peñol has also historically claimed the rock as their own and the residents refer to it as the “Stone of El Peñol” instead of the “Rock of Guatapé”. At one point in time a few years ago, the residents of Guatapé decided to settle the debate by painting the town's name in big letters on the northern face of the stone – but the townspeople of El Peñol formed a large mob and stopped them in their tracks, which is why only the “G” and part of the “U” were completed. Prior to these modern day disputes over which municipality the rock sites, the indigenous Tahamí, who were the former inhabitants of this region of Antioquia, worshiped the rock and called it mojarrá which means “rock”. (Very creative.) In the 1940s, the Colombian government declared it a National Monument. It was first “officially” climbed in July 1954, and construction of the stairs started in 1955 and finished in 1957. And now, like many historic and previously worshipped landmarks, it's become a tourist attraction with a gift shop. The entry fee to El Peñón is 18,000 pesos (or about $6 USD). You will climb between 650 and 800 stairs, depending on if you take a tuk tuk (3 wheeled taxi) to the base of the rock or if you begin your climb where the bus drops you off (pictured below). At its highest peak on the southeast side, it has an elevation of 2,135 metres (7,005 ft) over sea level. Two-thirds of the rock's height actually exists underneath the water. Taking a tuk tuk to the town of Guatapé a few kilometers away should cost no more than 5000-10000 pesos (or about $2-4 USD), so don't let any unscrupulous taxi drivers take you for anymore than that! 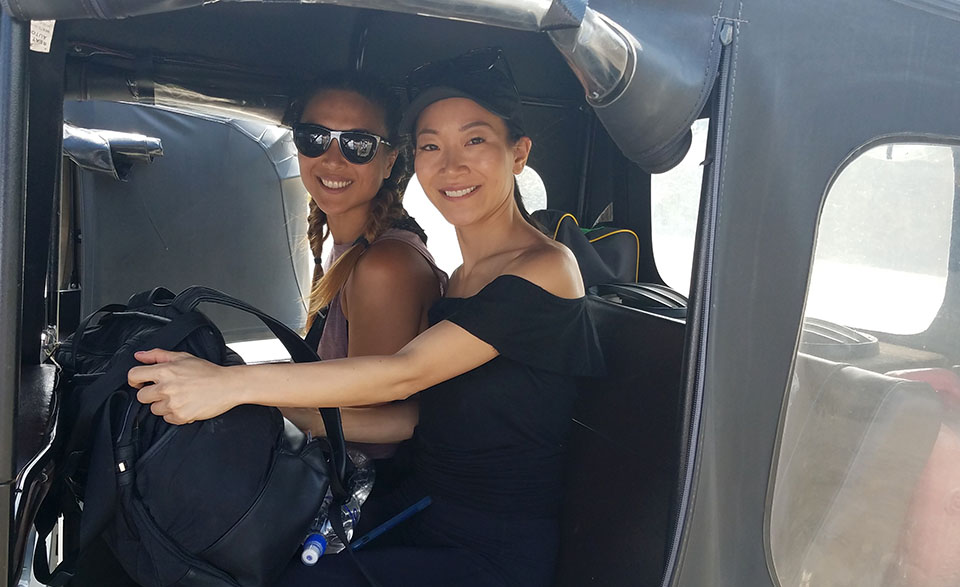 How To Get From Medellín to Guatapé (and back)

From Medellín take the metro to Caribe station, which is five stops north of San Antonio station in Centro Medellín. The metro costs about 2400 pesos (less than $1 USD). The Caribe station is connected to the Terminal de Transportes Norte bus station pictured below. In the Terminal Norte station, head to ticket booth number 9 or 14 which both sell tickets to Guatapé for COP14,000 ($4.50) one way. Buses leave about every 20 minutes to Guatapé so no worries if you miss one. You don't have to buy a return ticket at that station. You can decide when you want to come back later and purchase one in Guatapé for the same price. However, be sure to ask what time the last bus leaves at the Guatapé station if you're trying to head back the same day. And you may want to go ahead and purchase a return ticket early in the day so that you are guaranteed a seat because they fill up.

From Medellín you can take the bus all the way into the town of Guatapé or get dropped off at the turnoff which leads up the rock. The bus driver will notify you of this drop off point, and you won't miss it because half the bus will be trying to get off there. From there you can walk up the additional set of stairs to the base of the rock (which we did), or take a tuk tuk. Honestly, if you can't handle this first set of stairs, you probably can't handle climbing the rock! The Town of Guatapé

Guatapé was predominantly a farming town up until the 1970s when the Medellín government built a large hydroelectric dam, which had a huge impact on the area, turning it into one of the most important electric production centers in the country. It's also a growing area of recreation for Paisas and a tourist destination for foreign travelers.

Aside from its interesting history, the town of Guatapé is an Instagrammer's paradise!

It's one of the most colorful pueblos I've ever visited in Central or South America, which makes it a great spot for photography. We weren't the only tourists taking advantage of this town's scenic backdrops. Alice, Dana, and I made the most of our day trip with an Instagram and Facebook photo session. 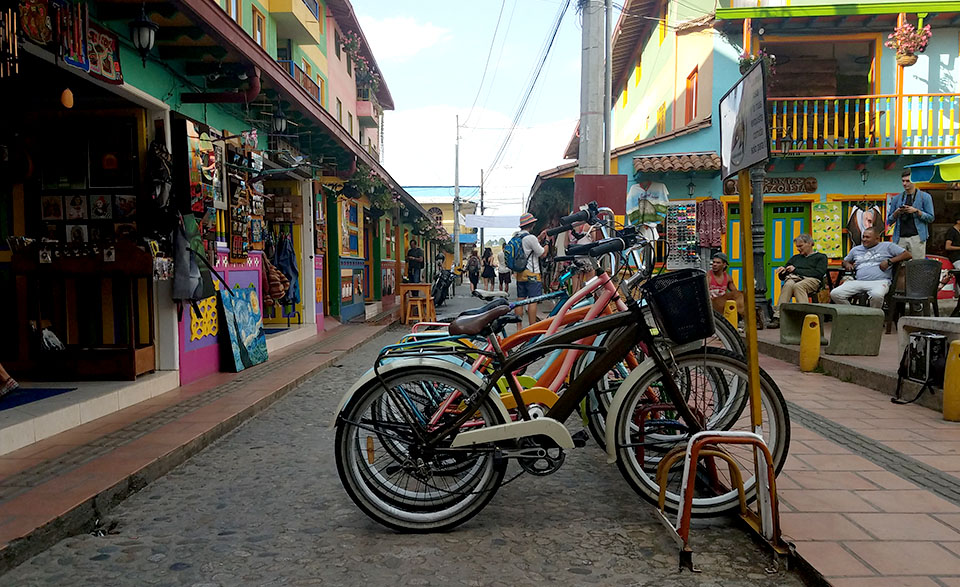 I totally Photoshopped a blue sky into that last photo and erased the power lines, but the rest of the photos are untouched. It's an absolutely beautiful town! If you have any questions about visiting El Peñón or Guatapé, drop a comment below. Also tag @travelislifeorg on Instagram with your best Guatapé photos.