Who Makes The Best World Globes? Hey traveler, while you're here join my friends list to get all the perks I offer at Travel is Life.

Are you looking for the best world globe for your home? That's fantastic! I strongly feel that every home should have a globe or a world map on display. During times that you're not traveling, what better way to remind yourself of how much of the Earth is left to see than a globe?

Or maybe you're looking for the best world globe to give someone as a gift. It makes sense that you're looking for something classy, geographically accurate, and worthy of displaying in their home forever. After all, this isn't high school geography and your average educational globe won't suffice as a gift. A beautifully crafted world globe is a perfect gift for travel enthusiasts that inspires conversations of future and past travels.

In today's post, I'm going to show you the top globemakers in the world and showcase some of my favorite globes from their extensive collections. This guide you will help you narrow down your options and choose the best globe for your home or loved one's home. Here they are, in no particular order. Let's start with Zoffoli Globes who have been hand-making globes in Italy with love since 1949. The company was started by Italo Zoffoli, an expert artisan who combined his passion for antique maps with his wood working skills. Zoffoli globes became famous in Italy for their originality and craftsmanship and Zoffoli's small workshop became a flourishing business that remains family owned to this day with a strict “Made In Italy” rule.

One of my favorite globes from their six collections is the Atlas Bar Globe (UPDATE: Unfortunately no longer available). This piece was inspired by Atlas, the Titan from Greek mythology who was punished by Zeus and condemned to hold up the sky for eternity after the Titanomachy. In the legend, he is represented with the world on his shoulders, forced to support the vault of heaven for eternity. This is a one-of-a-kind globe by Zoffoli that combine modern utility with a mythological story. The Churchill Globe by Bellerby & Co.

Bellerby & Co. Globemakers was started by Peter Bellerby in 2008 after a fruitless two year search for a globe for his father's 80th birthday. Unhappy with having to choose between a modern political globe or a fragile expensive antique model that can't be used on a daily basis, Bellerby set out to make a hand crafted globe that combined aesthetics with accuracy. The original plan was to make two globes, one for his father and one for himself, but that led to commissioned work, which then blossomed into a full fledged globe making company.

A standout globe from their collection due to its extreme size and historical significance is The Churchill Globes which you can see above. During WW2 Winston Churchill and Franklin D. Roosevelt were gifted two fifty inch globes, seen as a sign of friendship during an intensely difficult period of the war, and have since come to symbolize their owners. Bellerby's Churchill globe is very closely modeled on its original namesake in terms of appearance and size and combines the classic techniques used in the making of the original with the technology and durability of modern construction. Production of this globe is limited, with plans to make just 40 at a rate of only one per year. Luther Replogle started Replogle Globes in 1930 when he began selling handcrafted globes from his apartment in Chicago using deconstructed maps from England. His vision was to put “A Globe in Every Home”, rather than something found only in academic settings. He co-founded Scanglobe in 1963 and after his death in 1981, Replogle Globes purchased Scanglobe's remaining interest in 1988 and moved the company to the United States in 2003 as a Replogle brand. Replogle Globes believe that the appeal of a globe is deeper than its value as a learning tool or home accessory. They are now the largest globe manufacturer in the world, and many of their globes are still painstakingly hand-made by artisans who have spent the better part of their lives with the company.

Replogle Globes are the exclusive manufacturer of Frank Lloyd Wright® Globes. They currently make five globes that are adapted from select Wright drawings and concepts, chosen by Replogle, and authorized by the Frank Lloyd Wright Foundation. As you may know, Frank Lloyd Wright was an American architect and interior designer who designed more than 1,000 structures, 532 of which were completed. He believed in designing structures that were in harmony with humanity and its environment, a philosophy he called organic architecture. The ‘Frank Lloyd Wright Globe Stand’ featured above is an actual reproduction and interpretation of Mr. Wright's design. Started in 2003 and headquartered in San Diego, California, MOVA International considers itself a technology company that also makes globes. They are dedicated to advancing the dream of perpetual motion with a mission to apply their advanced technologies into luxury products with unique designs that capture the imagination.

Their first breakthrough, the MOVA Globe, was dreamed up and developed in a basement by Bill French, a physicist and inventor with a lifelong interest in solar energy, magnetism and magic. After years of research, product development, and various breakthrough patents, the MOVA Globe was born in 2004. Since then they've expanded their product line to include new sizes, shapes and designs. I've featured above one of my favorite of their designs, the Cobalt Blue and Silver edition. Education meets modern decorative design with Waypoint Geographic Globes, a small manufacturer based in Indiana, USA. What makes their maps and globes unique is the information they include that you don't typically find on globes, like geographically accurate points of interest, landmarks, and ocean topography. Waypoint Geographic's goal is to design and distribute a small line of high quality products that are both decorative and educational at the same time.

Since Waypoint is a licensed distributor of the Globee brand, I've featured the Globee Hong Kong 9″ Globe above. If you haven't heard of Globee before, they are known for featuring major icons and landmarks throughout their designs. They currently offer Globee globes from 20 destinations around the world. Columbus has been hand making globes for over 100 years, and the company is still owned by the original Oestergaard family, which founded the company over a century ago. All Columbus world globes are manufactured in Germany and many of them are hand-crafted by trained artisans. They remain the only company on earth that still uses traditional glassblowing techniques to make glass globes. Obsessed with attention to detail, Columbus Globes are built to last a lifetime. They continually aim to strike balance between traditional artisan manufacturing and innovative engineering.

One of their standout globes is the Imperial Illuminated Floor Globe, a 40″ floor globe with an American walnut cradle and brass meridian, that weights in at 176 pounds and sells for more than sixteen thousand dollars! Now they do offer other world globes that range in price from $50-100 up to several thousand, but this $16k globe is worth a feature. If you really love your friends, you can get them this one as a gift. Greaves & Thomas revived the traditional craft of globe making in the United Kingdom in 1991 with their first globe, Merzbach & Falk's 1881 Globe which I've featured here. They now produce numerous different globes which range in size from just 2 inches to 5 feet in diameter. The majority of their globes are still made in the traditional way, using hand papered and hand painted plaster spheres that are aged to produce an authentic facsimile globe. Every Greaves & Thomas globe is produced in the UK by a workforce of never more than 5 craftspersons.

Greaves & Thomas globes are limited in production by the time availability of their craftsman, instead of by a specific number, and only produced in small quantity each year. Consequently there is always a waiting list for the larger more intricate globes that they produce. The globes are made using recycled papers and the wooden components for the elaborate stands are also made using reclaimed / recycled timber as part of their mission to never cost the Earth. The Clare Hall Company was started by Michael Moore and his wife Anna on the outskirts of the ancient market town of Clare in Suffolk, England. Moore prides himself on his fine antique designs and adherence to historical standards of production. Most of his globe balls are still overlaid piece by piece with specially printed sections of cartographic paper using traditional skills and methods. They offer a selection of replica 17th to 19th century terrestrial globes, from small table globes up to large floor standing ones. The meridian rings and other fittings are solid brass and worked by hand. All the wood is turned, joined and then polished using renewable timber, and the colored horizon rings are exact copies of the antique originals. I've featured their Raleigh Table Globe, a 17th Century style globe on an oak stand, that's sure to finish off any room. Upside Down Globe by Lander & May

Lander & May is a newer globe making company formed by Chris Adams and based out of Isle of Wight, England. Chris works hard to produce handmade globes of distinction which have been sold to collectors, museums and galleries all over the world, including some which have been featured on TV and film. Whilst respecting the traditional expectation and presentation of a globe, Lander & May have also make some re-interpretations within their collections, and style some of their pieces in a lighter, fresher way. All globes are all handmade by Chris and follow the age-old traditional method, which is a slow, meticulous process that takes time and care. He only uses British components and sources everything from within the UK. Chris feels that, “A globe is many things: a recorder of travel and exploration; a snapshot of world history at a particular time; a navigational and geographical aid; an ornamental piece of decorative art or a family heirloom of the future.” Featured above is his Upside Down Globe, a globe that shows the world the other way around. Definitely a unique twist on a traditional style globe! Large Globes is a small team of globemakers that hand make MEGA SIZED globes! Started by Gall Remus in Carei, Romania, their mission is to create the most detailed and beautiful globes on the planet using satellite imagery, natural environment colors, and thousands of labels. They aim to intrigue and arouse your curiosity with their highly accurate globes while simultaneously creating a work of art that you'd proudly display in your home. Featured above is their Blue Planet Globe, a 31.5″ (80cm) in diameter hand crafted masterpiece, that offers 3D topography and thousands of labels, for one of the most detailed maps on the market. You can choose which color and styles best fit your space, but as the name implies, your globe will be LARGE.

And there you have it! Ten amazing globemakers and featured globes that should get you started in the right direction in choosing a globe for your home. Let's keep this list growing though. What globemakers did I miss that you feel should be included on this list? Leave your suggestions in the comments section below, as well as your thoughts on this article and these magnificent globes. And be sure to share this resource with your friends and family who love globes as much as we do!

If you don't see what you're looking for, let's take a look before you go at the top 10 selling globes on Amazon for an additional selection. 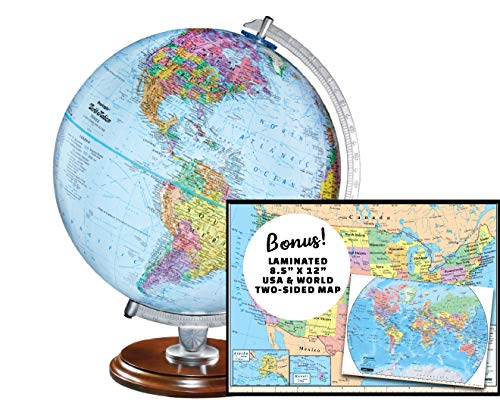 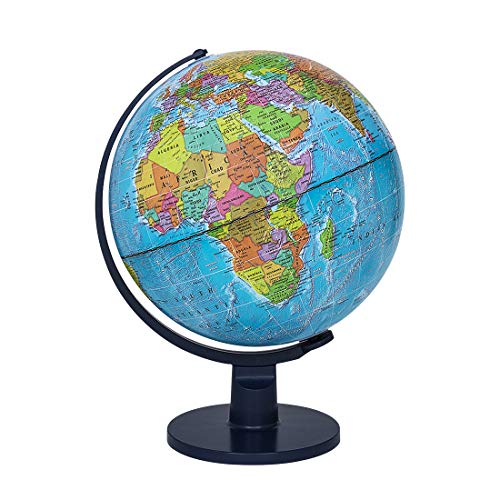 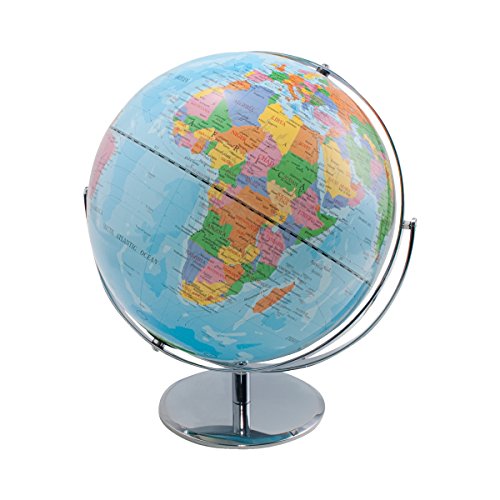 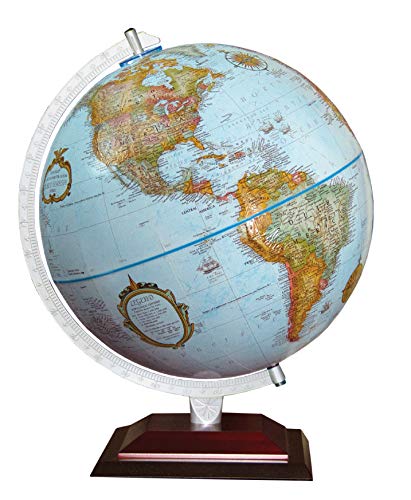 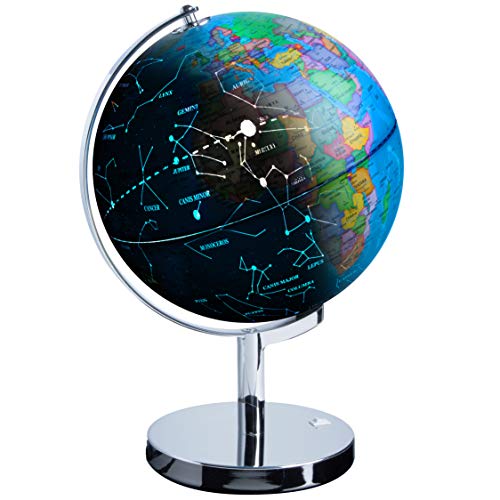 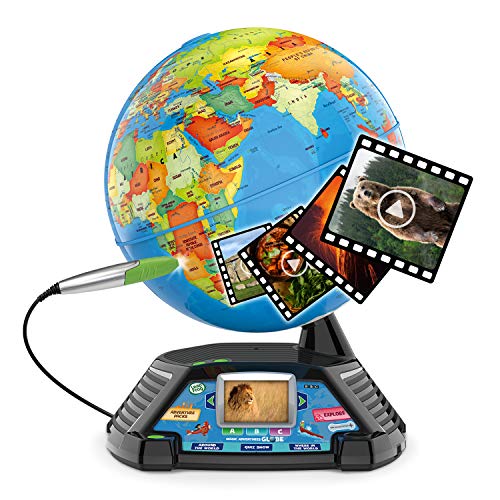 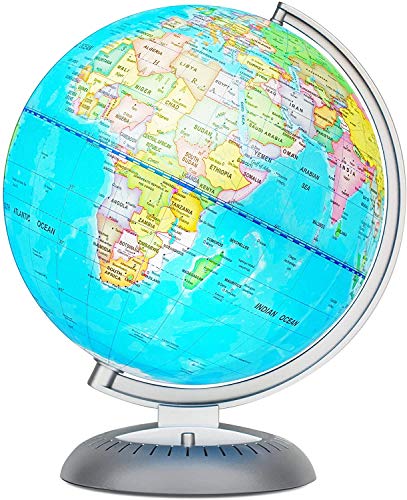 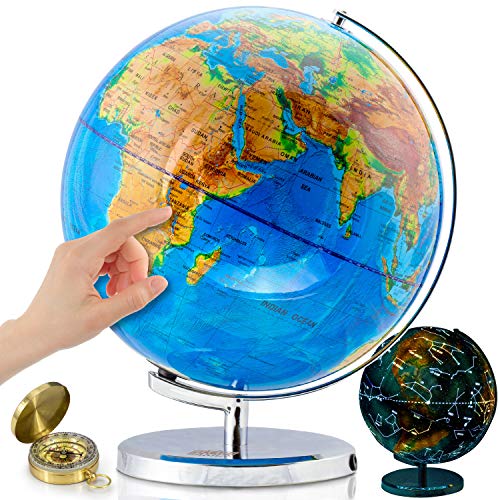 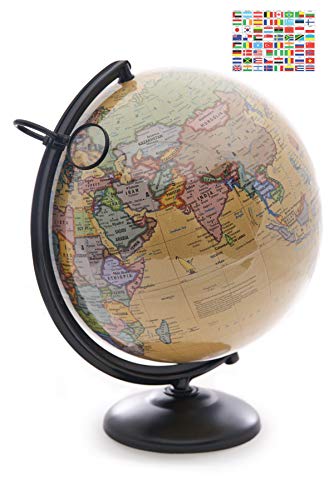 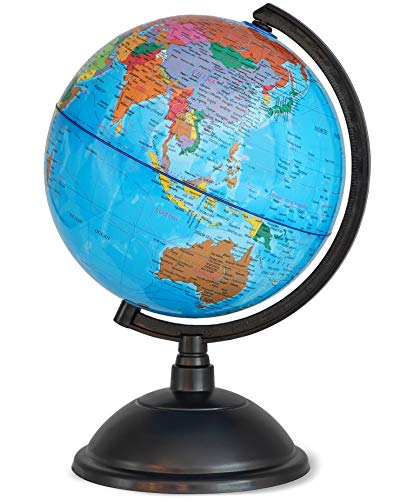 Hey it's Paul Drecksler the founder of Travel is Life. Thank you for being here (wherever you are). Be sure to join my Friends List for some exciting things coming soon on this website. If you're a travel blogger, join our Travel is Life Tribe. Happy travels!